Our day at Birkenhead Priory and St Mary’s Tower 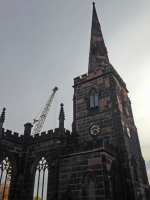 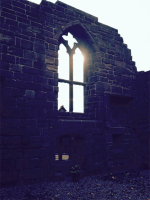 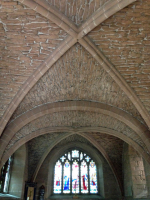 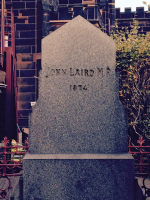 All my life I’ve lived less than 10 miles from Birkenhead Priory and yet never visited. I don’t know why. I guess that’s true of many people. We tend not to go to attractions on our own doorstep. Do we?

Well, now I wish I had been before. This really is a hidden gem. Discovered when we took a table at The Birkenhead Priory Crafts Fair in October. A really good day meeting nice people and selling our range of bracelets, bookmarks, gemstone jewellery, wish bracelets and plant markers. All handmade from recycled metals and hand-stamped by us!

Almost lost in the industrial businesses and shipbuilding of Birkenhead docks is where you will find a medieval oasis of peace and quiet with views across the Mersey that are hard to beat.

Sadly, but for 1960s dockland expansion, the site should be even more impressive.

Founded in 1150 by Hamon de Masci, 3rd Baron of Dunham Massey, the Priory is the oldest standing building on Merseyside and is a Grade I listed. The Priory was visited twice by Edward I due to its strategic importance being close to Wales and the Irish Sea. In 1318 the monks from Birkenhead Priory were granted ferry rights by Edward II. For nearly 400 years the Benedictine monks looked after travellers waiting to cross in bad weather and were the first to supervise the 'Ferry 'cross the Mersey'.

The first parish church of the town, the tower of St Mary's, shares the site and is now dedicated to those lost in the disaster of the submarine Thetis in 1939 (built at nearby Lairds). The Chapter House is consecrated as an Anglican church and museum tells the story of the site.

Redevelopment of the area from 1925 resulted in residential housing within the parish being cleared away for the construction of the Queensway Tunnel. An expansion of the Number 5 dry dock at the Cammell Laird shipyard in the 1960s resulted in the church losing significant parts of its graveyard. Further redevelopment of the approach roads to the Mersey Tunnel cut off the church from most of what remained of its parish, further dwindling the congregation. St. Mary's Church closed in 1974 and was partly demolished, for safety reasons, a year later. Only the tower and some of the outer walls remain.